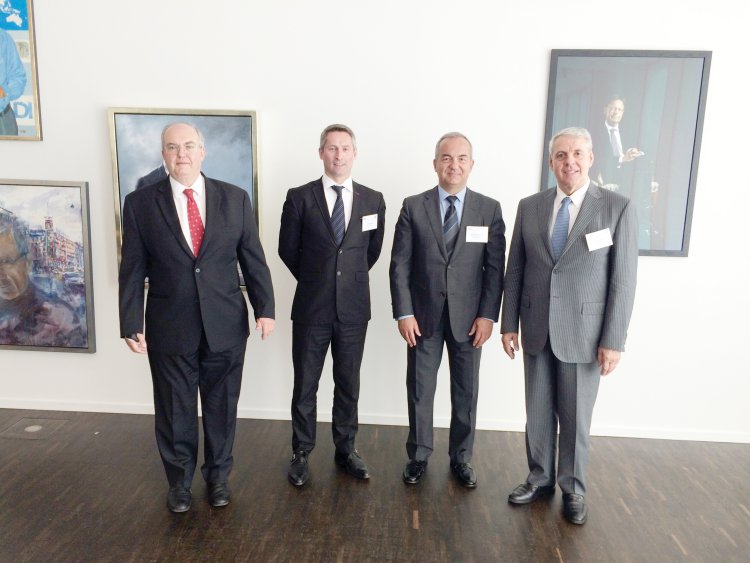 Turkish machinery manufacturers became finally member to ORGALIME, the top non governmental organization of the engineering sector in the EU. Admission to this organization, having a background of 60 years, together with 43 member federations or confederations from 23 countries, besides being an indication of the potential of Turkish sector in competitiveness and production capability, is the verification of the representation power of MAKFED, the first and only civilian representative in its field.
ORGALIME (European Engineering Industries Association) was established in 1954 to represent the machinery, electric-electronic and metal industries in Europe. Its members are 43 roof organizations from 23 European countries. The engineering industry is the EU’s most strategic and strongest field of presence and has a turnover of 1.8 billion euros. ORGALIME is the largest organization its field representing 130,000 companies and 10 million employees.
As the sector’s voice and top lobby organization, ORGALIME is an organization that keeps up with and directs the developments in its field in Europe and worldwide and makes efforts for the harmonization and globalization of rules and standards. The association continues its efforts focusing on the development of rules and mechanisms that can be accepted and realized by all its members and will be beneficial to all its stakeholders in accordance with the aim of contributing to a stronger European industry. By directing the developments in the main branches of machinery, electric-electronic and metal, ORGALIME serves the positioning of its members in predictable future projections and their correct use of labor force and financial resources. The organization is very active in the creation of information and transfer thereof to the base through its periodical and non-periodical publications, activities in member countries, consultancy support it provides for its members’ activities and its widespread communication network. In addition, it keeps the experts of member organizations, that is, member countries, in constant contact with the commissions of the organizations that supervise and inspect the market, and thus help the decision makers and public authorities determine their policies. In the fields of economy, law, domestic and international trade, environment, research & development and many other fields, it forms working groups and committees where experts of member countries serve together.
The 2015 General Assembly of ORGALIME was held in Copenhagen on 28 and 29 May. The application of MAKFED (Turkish Machinery Federation) for membership to ORGALIME was discussed and unanimously approved at the General Assembly. With the 16 associations it represents, MAKFED became an ORGALIME member as being Turkey’s first and only federation in the field of machinery. In his General Assembly speech, MAKFED President Kutlu Karavelioğlu gave information about the level the Turkish machinery sector has reached, the importance he attaches to civil organization and international representation, the structuring, members, foundation aims and activity fields of the federation, and shared the expectations of Turkish manufacturers from membership to ORGALIME. As the President of EUROPUMP (European Pump Manufacturers Association), another member of ORGALIME, Karavelioğlu devoted a major part of his speech to the presence of MAKFED members in the EU top organizations relevant to their segments and the important duties they assume in these organizations, and stated that the approval to be granted by the General Assembly meant granting the deserved status to an actual state that started 25 years ago with the membership of the first Turkish association to the first EU federation.
The decision for the membership of MAKFED was made unanimously and received ovation. 10 associations which are MAKFED members are also members of 21 EU top organizations, and Turkish manufacturers are serving as President, Vice or Past President at four of these organizations.
Adrian Harris
General Director of ORGALIME
Eric Jourde
Chairman of the Board of Directors of ORGALIME
Kutlu Karavelioğlu
President of MAKFED
Sandro Bonomi
President of ORGALIME
Next All